Hello everyone and Happy Easter! The Onyx staff team is proud to present our Easter Event! This will be ongoing from April 13 until April 27. During this time, players may collect eggs dropped by either pvm or skilling and trade them in to the Easter Bunny as a currency.

Additionally we will be bringing in a limited time

Easter Mystery Basket, which is now available for the duration of the event in the Donator Store. These will give you a variety of juicy loot you can enjoy! Each basket contains three different rewards, you will always receive a Millionaries Box worth of cash, a roll at a high tier gear item, and a cosmetic for Easter. We even added legendary limited edition re-skinned powerful items to celebrate the holiday spirit. Will you be lucky enough to roll yourself a new piece of the corrupted chicken set or perhaps a Party Hat? Or maybe you'll get your hands on one of the new corrupted bunny weapons? As many of you know, Onyx strives to have a 1:1 ratio with the live game and we are proud to announce that the entire game-frame has been re done to give that osrs feel to it. 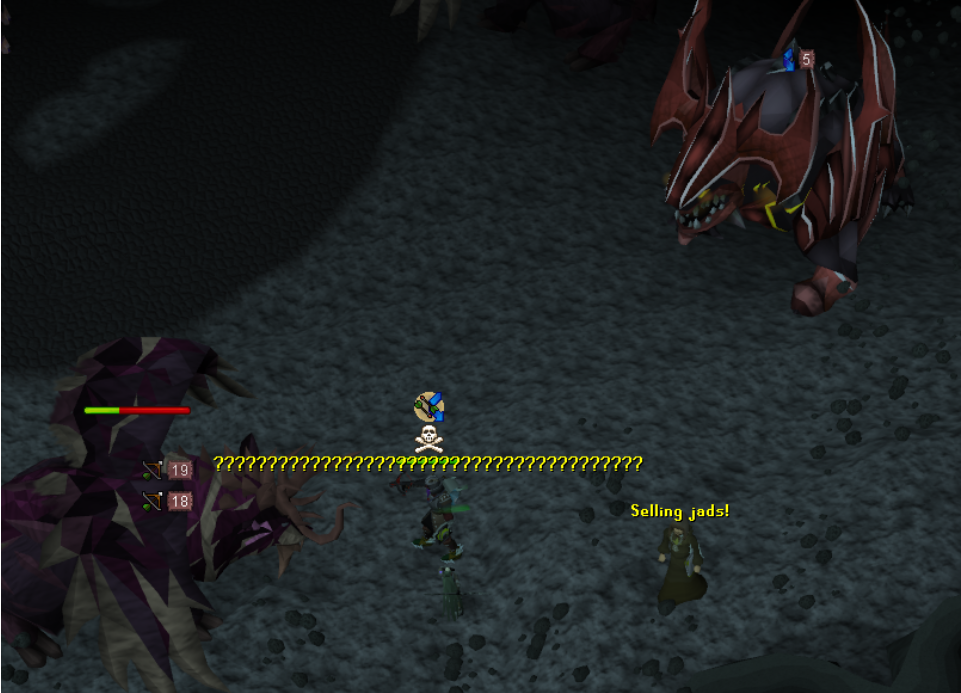 Just like we have a test mode for inferno, we have added one to fight caves as many returning players have requested it to test out the mechanics of the Jad fight. With this test mode you will start on the final wave and be able to practice Jad as much as you want!

The Onyx management team is pleased to announce that we will be hosting a Bonus EXP Weekend Starting right now for the next two days!

Additionally, I would like to remind each and every one of you to please stay safe at home and avoid going outside as much as possible. The world is in a current state of chaos and disorder as this horrible virus spreads and after speaking to so many wonderful people all across the world i am glad to say the overwhelming majority of you have taken note to the severity of the current situation.

Let's Continue to thrive as a positive community and be kind to one another during this pandemic. Much love to each and every one of you and of course...

This update will be primarily focused on introducing content into the game, while also touching up a few things within current content that is available as well as fixing a few bugs.

I am glad to announce the completion of The Nightmare boss fight! Like many of the bosses on Onyx, we take pride in trying to keep a close 1:1 ratio with the live game when coding mechanics of the fight and you should expect it to be up to standards.

The Inquisitor's armor set offers a fairly high boost in Crush to compliment the Inquisitor's Mace. Additionally, we have introduced the Nightmare Staff alongside it's other three varients: Eldritch, Harmonised, and Volatile all in which may be obtained from the boss.

The Templar Armor Set May be obtained by combining Justiciar armor pieces with Inquisitor's. Enjoy the update! Have fun facing your toughest nightmare!

Portal by DevFuse · Based on IP.Board Portal by IPS

Onyx strives to bring the best service and experience any RSPS can offer! Here at Onyx we offer triangle based equality, balanced combat, high-quality updates, a supportive staff team that will cater to your every need. We're driven by the suggestions of our valued player base. We want YOU to decide what we need to add next.